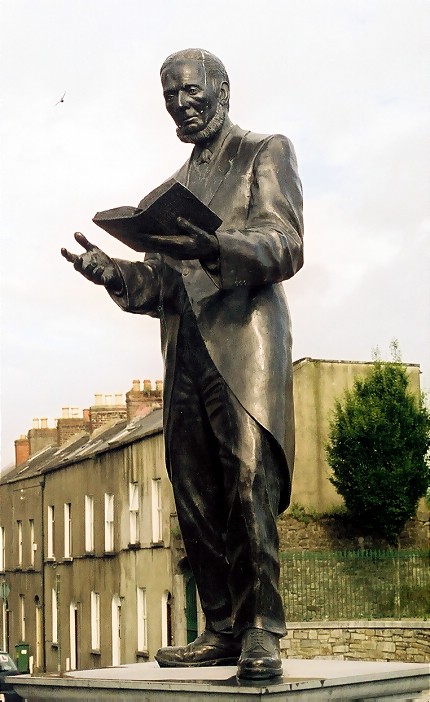 Michael Hogan, known as the ‘Bard of Thomond’, lived from 1828 to 1899 – and was a much published poet, author and satirist from Thomondgate in Limerick City. Celebrated by the people of Limerick, a statue to his memory was erected at King John’s Castle Plaza in 2005. This statue was sculpted carefully in clay over many months by sculptor Jim Connolly here in his studios in Kilbaha. The statue was also cast into bronze and lovingly metal finished here in Kilbaha too. The statue forms the backdrop for many programmes and documentaries about Limerick, particularly those pertaining to King John’s Castle and indeed has also featured in many tourist photos since 2005.