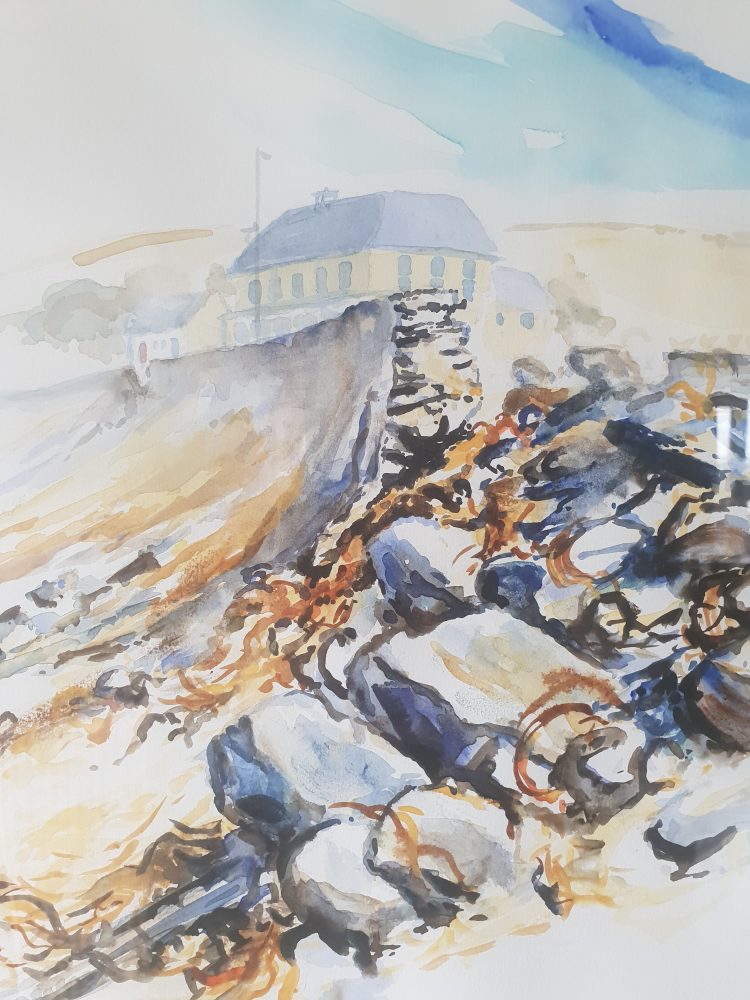 “In 2014 our little village of Kilbaha was hit by an Atlantic surge. We stood on the fringes, shoulder to shoulder with our neighbours and watched as the waves claimed our famine-time, stone walls and our roads; watched as our playground became eerily submerged and the nearest fields became mere extensions of the ocean. Thankfully, no one was hurt – but hearts ached as we walked over the rubble that was once the heart of our village. Sometime later, an artist we know and love (Phil Brennan) depicted that day, in watercolours and, years later, I managed to buy it at an exhibition. Today that painting rests on my living room wall – not as a constant reminder of the heartache, but instead, as a reminder of that pivotal moment in our lives, of how powerful nature is and how everything can change in a moment”.
Liz Greehy, co-curator, Kilbaha Gallery

Remember that a piece of art is much more than a pretty picture on your wall or a statue on your desk – it is your feelings, your emotions and your experiences all rolled into one; often a symbol for who you were with,  where you were or where your mind was at, when you bought it.

Art becomes a safeguard for our memories.