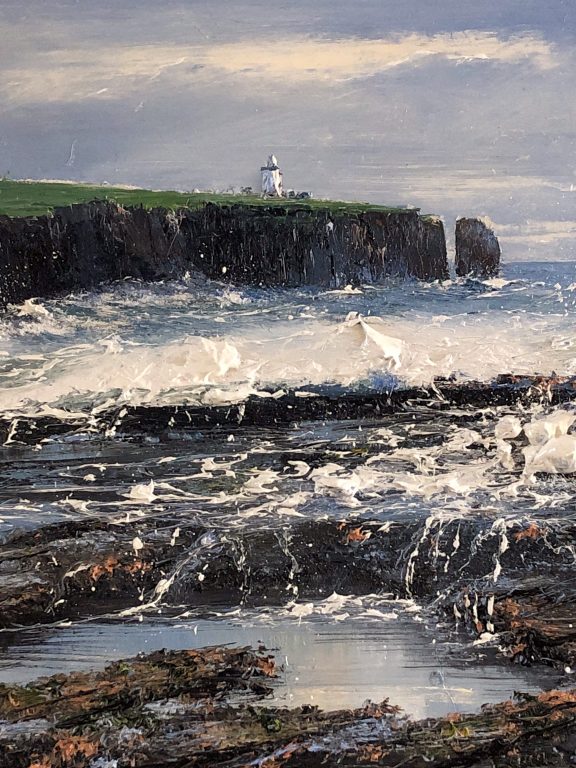 Known far and wide at this stage for his extraordinarily beautiful oil paintings, this depiction of Loop Head Lighthouse, by artist Mark Eldred, is no exception. A long, wide and truly impressive piece of art, this painting depicts the Lighthouse in the far left distance, with a stunning portrayal sweeping across the rest of the horizon, of the Atlantic Ocean crashing in along the North side of the Loop Head Peninsula. That walk and view will be well known to lovers of Loop Head and particularly to those who have hiked along the north coastline. Eldred is painting from a great vantage point and includes the famous Sampson’s island on the right (or Diarmuid & Grainne’s rock as it is known locally). The foreground is so enticing that you feel as though you were right there, watching from the coastline.

This is a quite literally a masterpiece and would make one hell of an impact on any wall – but it has to be said, would be stunning in a public thoroughfare – such as a foyer, lobby or reception space!