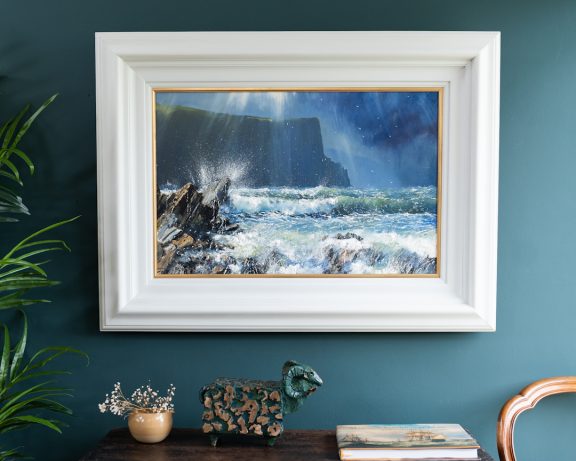 Cliffs of Moher
by Mark Eldred

A sublime and superb example of Eldred’s incredible technical ability.  If you have ever spent time around the dramatic Clare coastline, specifically at the Cliffs of Moher on a wild Atlantic night, with the sea crashing against the rocks, then this spectacular painting is bound to captivate you. The movement and depth of those angry, rolling waves is depicted extraordinarily here in oils, resulting in a seriously powerful painting.

With its grand frame and large scale, this would look marvellous in a living room space, or even would be hugely impressive in the foyer of a hotel or guesthouse.